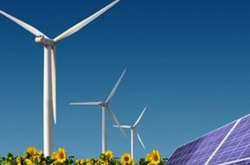 North Carolina ranks second in the nation for new solar capacity installed in 2015, say the compilers and publishers of the industry’s Solar Market Insight Report.

It marks the second consecutive year North Carolina has finished behind only California for new solar construction. Nevada, Massachusetts and New York round out the top five states for new solar in the year, according to the rankings released by GTM Research and the Solar Energy Industry Association.

The groups report that 2015 was a record year for solar construction nationwide, with 7,286 megawatts of new capacity installed.

Although the organizations have released its rankings, the state-by-state figures for new construction will not be available until March 1, when they release their full 2015 SMI report.

But based on projections the group made during the year, California is likely to lead with about 3,400 megawatts worth of new construction in the year. If North Carolina achieves the 730 megawatts or so the companies anticipated, it will still be a very distant second as it was in 2014.

And it will be interesting to see where North Carolina ranks for cumulative installed capacity in the nation. Based on the projections made earlier, the state could finish the year with something close to 1,700 megawatts of solar capacity operating on its grid.
Read the full article in Charlotte Business Journal

Get the latest news and information direct from us to you!